A 56-foot, 60-ton sperm whale died on a beach in Taiwan in January, 2004. Researchers wanted the carcass to perform an autopsy and for research, so they loaded the whale onto a tractor-trailer and set out through the city of Tainan, heading for the Shi-Tsau Natural Preserve. It took 13 hours, three cranes and 50 workers to get the whale loaded on the truck. Unfortunately, on the way through the city, gasses built up to a critical level in the whale and it exploded, spewing whale guts in the street, onto cars and pedestrians. According to witnesses, the smell was horrible. Residents and shop owners put on masks and tried to clean up the mess. Eventually the whale continued its journey to the research center.

The whale had died on Jan. 17 after it beached itself on the southwestern coast of the island.

Researchers at the National Cheng Kung University in Tainan said enough of the whale remained to allow for an examination by marine biologists.

Once moved to a nearby nature preserve, the male specimen — the largest whale ever recorded in Taiwan — drew the attention of locals because of its large penis, measured at some five feet, the Taipei Times reported. 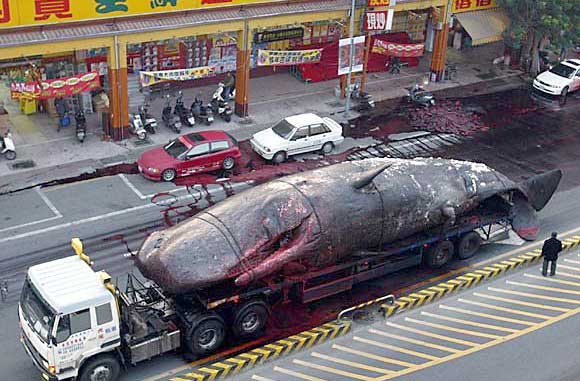 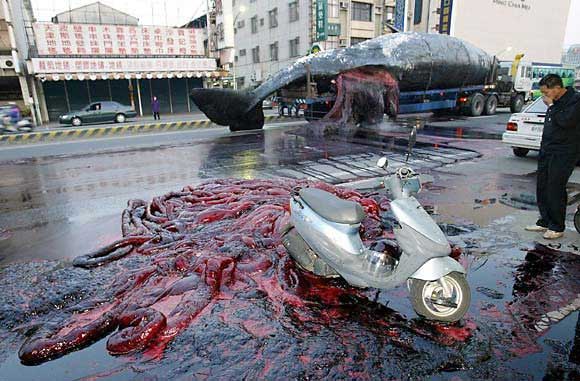