1. West Virginia is the only state in the Union to have acquired its sovereignty by proclamation of the President of the United States.

4. West Virginia has the oldest population of any state. The median age is 40.

5. Jackson’s Mill is the site of the first 4-H Camp in the United States.

6. The world’s largest sycamore tree is located on the Back Fork of the Elk River in Webster Springs.

7. The first state sales tax in the United States went into effect in West Virginia on July 1, 1921.

8. On January 26, 1960 Danny Heater, a student from Burnsville, scored 135 points in a high school basketball game earning him a place in the Guinness Book of World Records.

9. The first federal prison exclusively for women in the United States was opened in 1926 in West Virginia.

11. The New River Gorge Bridge near Fayetteville is the second highest steel arch bridge in the United States. The bridge is also the longest steel arch bridge (1,700 feet) in the world. Every October on Bridge Day, the road is closed and individuals parachute and bungee cord jump 876 feet off the bridge. Its West Virginia’s largest single day event and attracts about 100,000 people each year.

12. The first major land battle fought between Union and Confederate soldiers in the Civil War was the Battle of Philippi on June 3, 1861.

13. One of the nation’s oldest and largest Indian burial grounds is located in Moundsville. Its 69 feet high, 900 feet in circumference, and 50 feet high. An inscribed stone was removed from the vault and is on display at the Smithsonian Institute in Washington, D.C.

14. West Virginia’s nickname is the Mountain State and its motto is “Mountaineers Are Always Free.”

16. Nearly 75% of West Virginia is covered by forests.

18. 15% of the nation’s total coal production comes from West Virginia.

19. According to the crime index for 1997, West Virginia had the lowest crime rate in the country.

20. West Virginia’s Memorial Tunnel was the first in the nation to be monitored by television. It opened November 8, 1954.

21. The first rural free mail delivery was started in Charles Town on October 6, 1896, and then spread throughout the United States.

23. The first steamboat was launched by James Rumsey in the Potomac River at New Mecklensburg (Shepherdstown) on December 3, 1787.

24. A naval battle was fought in West Virginia waters during the Civil War. United States Navy armored steamers were actively engaged in the Battle of Buffington Island near Ravenswood on July 19, 1863.

25. On February 14, 1824, at Harpers Ferry, John S. Gallaher published the “Ladies Garland,” one of the first papers in the nation devoted mainly to the interests of women.

26. Organ Cave, near Ronceverte, is the third largest cave in the United States and the largest in the state. 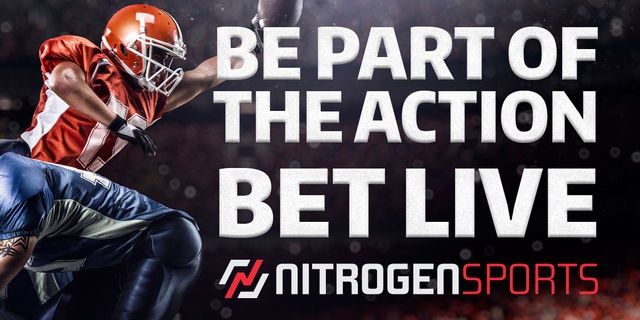 27. A variety of the yellow apple, the Golden Delicious, originated in Clay County. The original Grimes Golden Apple Tree was discovered in 1775 near Wellsburg.

28. West Virginia has an mean altitude of 1,500 feet, giving it the highest average altitude east of the Mississippi.

29. The first iron furnace west of the Alleghenies was built by Peter Tarr on Kings Creek in 1794.

30. One of the first suspension bridges in the world was completed in Wheeling in November 1849.

31. Outdoor advertising had its origin in Wheeling about 1908 when the Block Brothers Tobacco Company painted bridges and barns with the wording: “Treat Yourself to the Best, Chew Mail Pouch.”

32. Moundsville is the site of the continent’s largest cone-shaped prehistoric burial mound. It is 69 feet high and 900 feet in circumference at the base and was opened on March 19, 1838.

33. The first electric railroad in the world, built as a commercial enterprise, was constructed between Huntington and Guyandotte.

34. On September 10, 1938, the Mingo Oak, largest and oldest white oak tree in the United States, was declared dead and felled with ceremony.

35. Coal House, the only residence in the world built entirely of coal, is located in White Sulphur Springs. The house was occupied on June 1, 1961.

38. William Tompkins used natural gas to evaporate salt brine in 1841, thus becoming the first person in the United States to use natural gas for industrial purposes.

39. The last public hanging in West Virginia was held in Jackson County in December 1897.

40. The first glass plant in West Virginia was at Wellsburg in 1815. The first pottery plant was in Morgantown in 1785.

41. In May 1860, the first well in the state for producing crude oil was drilled at Burning Springs.

42. Stone that was quarried near Hinton was contributed by West Virginia for the Washington Monument and arrived in Washington in February 1885.

43. West Virginia University was established on February 7, 1867 under the name of “Agricultural College of West Virginia.”

44. Bailey Brown, the first Union solider killed in the Civil War, died on May 22, 1861, at Fetterman, Taylor County.

45. On May 31, 1910, the Supreme Court held that the Maryland-West Virginia boundary was the low-water mark of the south bank of the Potomac River.

46. The first spa open to the public was at Berkeley Springs, West Virginia, in 1756 (then, Bath, Virginia).

47. The Christian Church was begun in West Virginia by Alexander Campbell in Bethany.

48. Mrs. Minnie Buckingham Harper, a member of the House of Delegates by appointment in 1928, was the first African American woman to become a member of a legislative body in the United States.

49. Chester Merriman of Romney was the youngest soldier of World War I, having enlisted at the age of 14.

50. The first brick street in the world was laid in Charleston, West Virginia, on October 23, 1870, on Summers Street, between Kanawha and Virginia Streets.