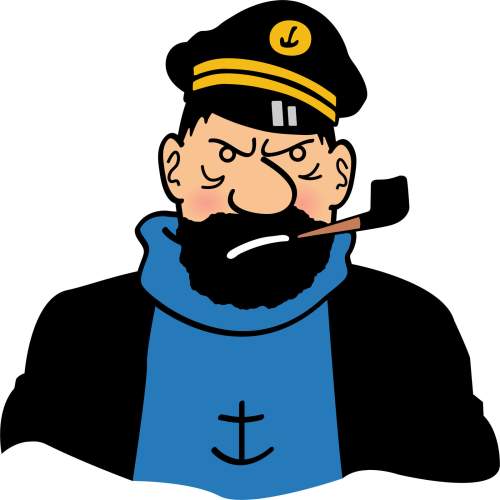 It was February the 29th, being a leap year. I was driving in downtown Atlantis. My barracuda was in the shop so I was in a rented stingray and it was overheating, so I pulled into a shell station. They said I’d blown a seal. I said, “Fix the darn thing and leave my private life out of it, pal.”

While they were doing that, I walked over to a place called the Oyster Bar, a real dive, but I knew the owner, he used to play for the Dolphins. I said, “Hi, Gill!” (you have to yell, he’s hard of herring.) Gill was also down on his luck. Fact is, he was barely keeping his head below water.

I bellied up to the sand bar. He poured me the usual, rusty snails, hold the grunion, shaken, not stirred, with a peanut butter and jellyfish sandwich on the side, heavy on the Mako. I slipped him a fin, on porpoise. I was feeling good. I even dropped a sand dollar in the box for Jerry’s Squids, just for the halibut.

Well, the place was crowded. We were packed in like sardines. They were all there to listen to the big band sounds of Tommy Dorsal. What sole! Tommy was rocking the place with a very popular tuna, ‘Salmon Chanted Evening’, and the stage was surrounded by screaming groupers, probably there to see the bass player.

One of them was this cute little yellow tail, and she was giving me the eye, so I figured this was my chance for a little fun, you know, a piece of pisces. But she said things I just couldn’t fathom, she was too deep. Seemed to be under a lot of pressure.

Boy could she drink, she drank like a… She drank a lot! I said, “What’s your sign?” She said, “Aquarium.” I said, “Great, let’s get tanked!” I invited her up to my place for a little midnight bait. I said, “Come on baby, it’ll only take a few minnows.” She threw me that same old line, “Not tonight, I got a haddock.” And she wasn’t kidding either cause in came the biggest, meanest looking haddock I’ve ever seen come down the pike. He was covered with muscle.

He came over to me and said, “Listen, shrimp, don’t you come crawling around here.” What a crab! This guy was steamed. I could see the anchor in his eyes. I turned to him and said, “Aaa bologna. You’re just being shellfish.” Well, I knew there was going to be trouble and so did Gill because he was already on the phone to the cods.

The haddock hits me with a sucker punch. I catch him with a left hook. He eels over. It was a fluke, but there he was, lying on the deck, flat as a mackerel, kelpless. I said, “Forget the cods, Gill, this guy’s gonna need a sturgeon.”

Well, the yellow tail was impressed with the way I landed her boyfriend. She came over to me and she said, “Hey big boy, you’re really a game fish, what’s your name?” I said, “Marlin.” Well, from then on we had a whale of a time. I took her to dinner. I took her to dance. I bought her a bouquet of flounders, and then I went home with her and we relaxed for a while on her massage chair. Lemme tell ya’, it was great! Why knot? She was a-lure-ing. But what did I get for my troubles? A case of the clams.

3 thoughts on “Not Tonight Dear I’ve Got A Haddock…”